Crankpin, formed after Case Yellow disbanded at the end of 1989. Crankpin went on to become a popular original band in Muncie with some notoriety around Indiana. Crankpin was one of the first Muncie bands of the post-No Bar era to break out of Muncie and play many of its shows in places like Indianapolis; Louisville, KY; Columbus, OH; Cincinnati, OH; Chicago, IL;  Champaign, IL, and all over Indiana.
Crankpin played with notable bands like Lungfish, The Laughing Hyenas, Vampire Lesbos, Antenna, Big Wheel and Samiam.
Crankpin formally recorded about 30 songs in its lifespan, mostly with Mass Giorgini at Sonic Iguana in Lafayette, releasing three cassettes, and a 7-inch record (What Else? Records) and appearing on a number of compilations.

Recorded in 1993 by Mass Giorgini at Sonic Iguana, Lafayette, IN.  Can You Believe ... ? and Paraffin Girl released as 7" single on What Else? Records from Columbus, IN. 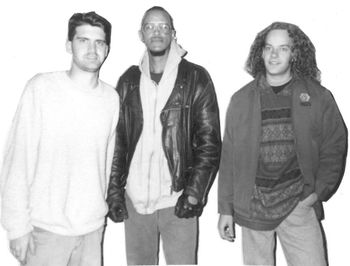 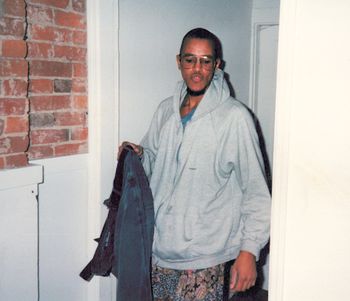 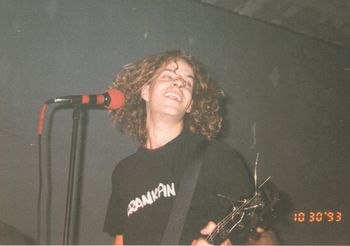 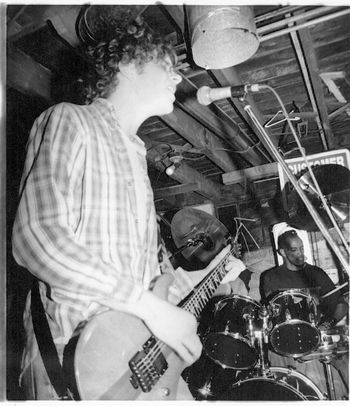 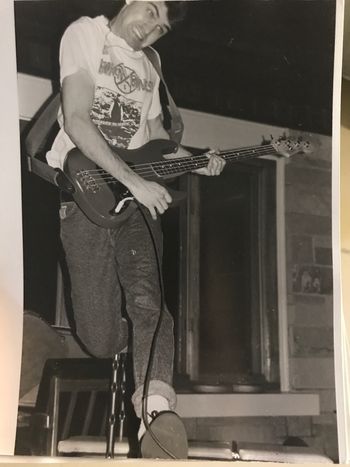 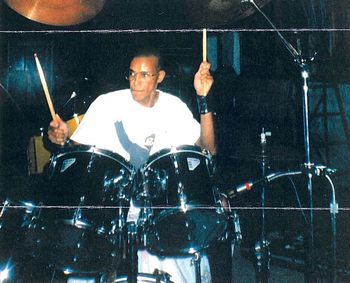 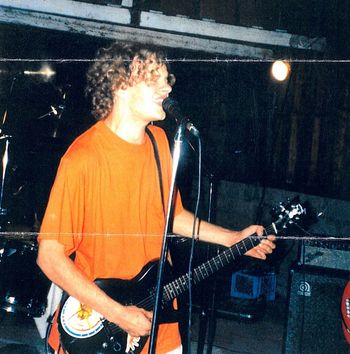 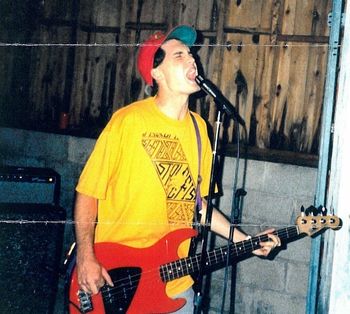 1993, Recorded 9 more songs during same session by Mass Giorgini. We played them all in one take and added vocal tracks and maybe more guitar later. They appear here unedited.

If You Didn't Know Me, Would You Think I Was a Stranger?

If You Didn't Know Me, Would You Think I Was a Stranger? 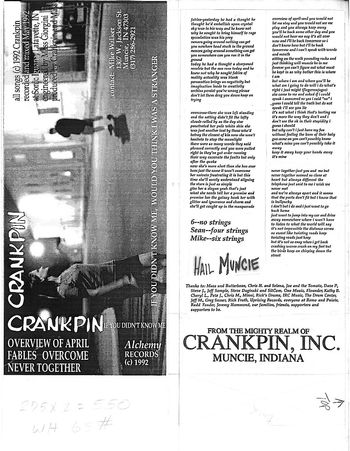 1991,  Recorded at Mom's Music in Louisville, KY by Howie Gano. Bottled Up appeared on a 7" compilation called Resist on Uprising Records from Michigan. 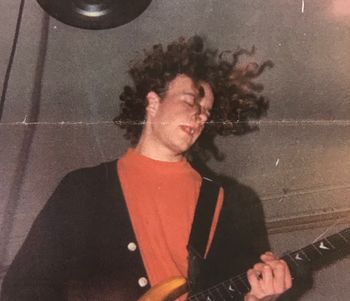 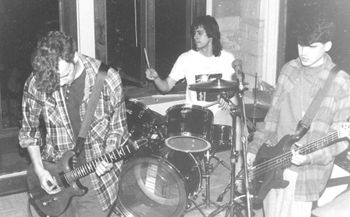 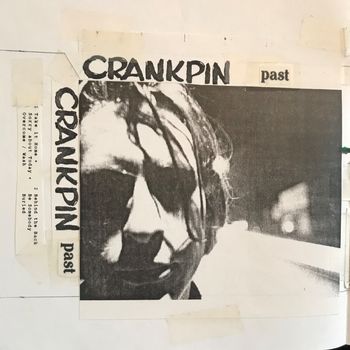 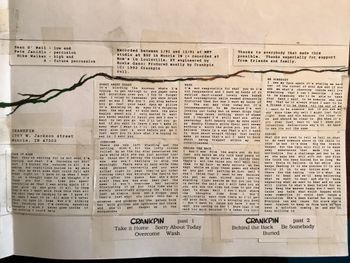 These are poor quality recordings taken from an old cassette.

Be Somebody, Buried and Behind the Back were used as our first demo tape to get shows.